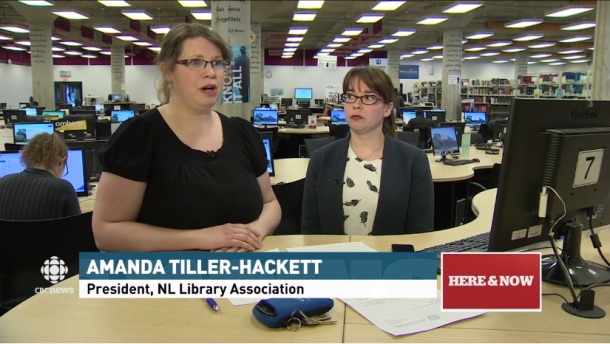 In an interview today with the St. John’s Morning Show and Here & Now, NLLA President Amanda Tiller-Hackett and Vice-President Krista Godfrey spoke out about the provincial government’s decision to close 54 of our provinces public libraries.

This cut “represents over 50% of our libraries”, says Tiller-Hackett, adding that “literacy has taken a severe hit with this budget.” The full interview, from Memorial University’s QEII Library, is available here.

The province’s Budget 2016 has also been criticized for bringing in a 10% book tax, making Newfoundland and Labrador the only province in Canada to tax books. Read more about the cuts to public libraries.